Our California Small Business Council consists of small business owners from various industries across the state. Council members volunteer their time and entrepreneurial expertise at board meetings, public events and in the media to help Small Business Majority identify and address the biggest issues facing small businesses today. 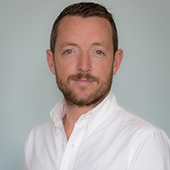 Stephen Bray was born and raised in Dublin, Ireland and has a background working in business process improvement and service design for a multinational telecommunications company. In his free time, he enjoys the great outdoors, and loves California.

In 2017 he decided to go into business with his longtime friend, starting a consumer packaged goods company based in San Francisco. For the past five years, they have grown Judge Casey’s Saucery through online and retail channels, increasing brand awareness and their fan base through social media, field marketing events and retail promotions. 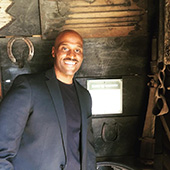 Jonathan Burgess and his twin brother Matthew are the proud founders of Burgess Brothers, a brand established in 1849 when his great-grandfather was brought to Coloma, Calif., where gold was discovered. His business provides food products for hospitality, food service companies and retailers, in addition to menu development and concession concepts for food service management groups. The Burgess Brothers’ food products include sauces, baking mixes, meats, beverages, and PPE. The company also provides domestic and commercial proprietary appliances for its ChurWaffle & Sausage brand products.

Jonathan Burgess has a bachelors degree in business management from the University of Phoenix. Currently, he holds a position as Battalion Chief with the fire service, is a culinary expert, an entrepreneur, an innovator, an author, and and activist within the African American community. 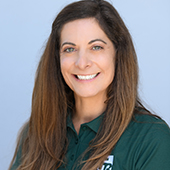 Hannah Gbeh serves as the Executive Director of the San Diego County Farm Bureau and the Administrator of the San Diego Region Irrigated Lands Group. She is a mom to three children and owner-operator of Wild Baby Botanicals, a 2.85 acre cut flower and eucalyptus farm in San Diego County. Mrs. Gbeh also has 20 years of experience teaching and researching environmental science, 12 of which focused on the preparation of documents for compliance with federal, state and local environmental regulations.

Hannah has a bachelors of science in environmental science and a minor in global climate change from the University of Michigan. She is a County of San Diego Qualified Environmental Impact Report Preparer and a Qualified Riverside County Environmental Consultant. Hannah currently sits on the Board for the California Exposition and State Fair and has held the following appointments in the past: Jamul-Dulzura Community Planning Group Member; San Diego County Fish and Wildlife Advisory Commissioner; and Riverside County Flood Control District Commissioner. She is also chair of the Cuyamaca College Ornamental Horticulture Department Advisory Committee. 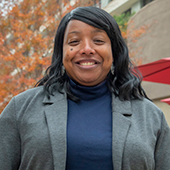 Elisha Henderson is a Mother, Entrepreneur, and Community Advocate for the African American Community and a Board Certified Health and Wellness Coach for our Veterans at the VA Hospital. Originally from the Bay Area, Elisha came to Fresno to attend California State University, Fresno. She graduated with a B.S. in Criminology and later obtained her Master's in Human Resource Management with an emphasis on Organizational Change. She currently serves as the Vice President of the Fresno State Alumni Association Board of Directors and Vice President of the Fresno State African American Alumni and Friends Club. This is just one of the ways that Elisha tries to help past, current, and future students of Fresno State.

As the Owner and Chief Editor of Final Look Editing, she works diligently to provide quality and affordable editing services to a wide range of customers. No matter if it is a self-published book, a thesis, a dissertation, or even a Facebook post, Final Look Editing will get the job done. Recently she was honored to work with the Fresno County Superintendent of Schools to assist in the writing of the Community Voices Moving Towards Excellence. This document opens the doors for the community to unite to fight for our African American students. 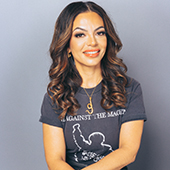 Corissa Hernandez is the co-founder and visionary of Legacy Full Circle Financial & Insurance Services, the Empire Tavern, House of Xelas, and Nativo HLP. The daughter of Mexican immigrants, Corissa began her career as a middle school teacher after earning degrees at Cal Poly Pomona and University of California, Los Angeles (UCLA).

Working as a Los Angeles public school teacher during the height of the great recession inspired Corissa to launch her first mission-driven company. In 2007, Corissa and her partners opened Legacy Full Circle, a company dedicated to educating low to middle-income families about financial literacy and planning. She also launched three craft beer and cocktail businesses over the next four years, establishing herself as one of the few female forces in a predominantly male industry. Her bars have been featured prominently in print and online publications, including the Los Angeles Times, ABC VistaLA, LA Magazine, EaterLA, and UCLA Magazine.

Never losing sight of the importance of giving back, Corissa has partnered with over 100 aspiring chefs and restauranteurs of color. Drawing from her own experience as a first-generation college student and Latina entrepreneur, she takes pride in creating opportunities for entrepreneurs from underrepresented communities who are unfamiliar with the competitive landscape of business ownership. 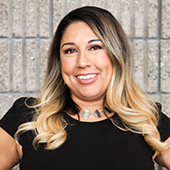 Mariette Martinez is the founder of MasterYourBooks, a learning center and collaborative community that serves value-driven service professionals that are ready to build their financial confidence, knowledge, and impact from the Inside Out. MasterYourBooks take intentional entrepreneurs from theory to practice through action-based learning, real-time implementation and peer mentorship.

Mariette is an entrepreneur and mother of three who began her entrepreneurial roots at a young age. She was raised in a family-owned restaurant business, solely owned by her mother. She believes in the fundamental principle that no business should be left behind due to the lack of financial support and business literacy to support their dreams and goals. She worked through college at a boutique accounting firm and it was there where she learned the importance of reaching entrepreneurial success with the support and knowledge of heart-centered professionals. In 2009, she became an IRS Enrolled Agent (EA) and opened her practice, which focuses on helping microbusinesses reach their financial dreams by empowering them with business, financial and tax literacy. After more than 20 years of supporting small businesses, her journey has evolved from practitioner to educator. Her current passion is to create widespread awareness of the importance of financial and business literacy to support long-term business success and generational wealth. She partners with small business champions, including Intuit QuickBooks, and other small business advocates to support small business success. 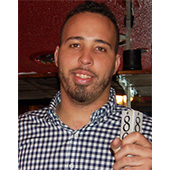 James comes from a large family and is the oldest of 14 children. In his spare time, James enjoys time with his son and family. He also loves to read business books. He says he learns a few very important business lessons from each book. 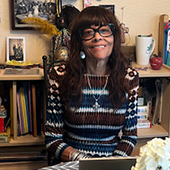 Renaldo Sanders has been the proud owner of Sanders Family Day Care for over 30 years. Along with her team, she has provided quality daily learning experiences that are age and developmentally appropriate, along with nutritious meal and snacks. Her passion is to ignite the joys of discovery and knowledge, which are tools for success as they become California's future leaders. 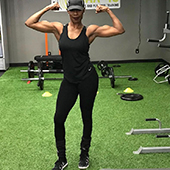 Shanae Smith is a solutions-oriented woman and minority business owner who maintains a strong balance between business savvy, technical capabilities and love for others. She brings a wealth of experience and business acumen as a former project manager in engineering and construction management for local government agencies. She enhanced her business and management capabilities with the management of a cutting-edge bioremediation water treatment plant, which is the first of its kind in the nation designed to treat groundwater sources contaminated with nitrates and perchlorate. She was also responsible for administering $22 million in grant funds dedicated to the design, construction and demonstration phase of the project. She is accomplished at building relationships and providing the kind of guidance, training, support, budget management and delivery of high-quality services essential to success in any business. With the support of her husband Glenn, her faith and dear friends, she put the best of herself out there, took a chance and followed her dreams and is now the owner of Max-40 Fitness and Personal Training. 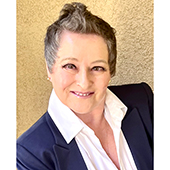 Hope Suhr started her journey in an entrepreneurial family. Her parents helped pave her way to independence and instilled in her a great work ethic. In her early years, she spent raising her two children and helping her husband run a very successful recycling company. Once her children grew up, she pursued a career as a manufacturing business development consultant where she established a vast number of long-lasting relationships throughout the Inland Empire (IE) business community. In 2010, Hope founded Hope’s Chest, a woman’s clothing boutique specializing in personalized bra fitting with the tag line of “85% of women are in the wrong sized bra.” Her concept proved popular and she was able to partner with LLUMC breast cancer and reconstructive specialists to fit breast cancer survivors. Hope’s Chest has been featured in North County Times and The California Business Scene Magazine to name a few and was voted Inland Empire’s Best Lingerie Boutique. In 2013 Hope received the SBA Women in Business Champion of the Year Award.

Hope returned to her family roots in the insurance industry in 2017, where she is now helping small businesses with solutions that will impact their bottom lines. She is passionate about helping others achieve financial stability.

Stacy Williams has been one of the Central Valley’s fiercest advocates for social justice, equity in education, police reform and accountability for over 15 years. As a long-standing resident, she has had a front row seat to the inequities that have plagued our cities and have contributed to the widening gap of poverty and related health issues. Policies rooted in racism have left an indelible mark on an area that ranks as one of California’s most underserved regions–with higher than “national-average” rates of unemployment, infant mortality, food insecurity, and mass incarceration. Her passion has led her to start Valley Progressive Solutions, a management and consulting firm that supports individuals who wish to run for elected offices.

States we work in