Raised in an immigrant family of merchants, Alejandro Flores-Munoz learned about entrepreneurship from an early age. He watched his mother, a single parent living in Southern California, work a full time job, while juggling side hustles selling perfumes, jewelry, and desserts door-to-door. 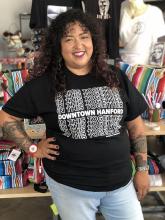 When you walk into My Corazon-Libros Y Cultura in Hanford, California, you step right into a ‘90s Chicano dream. The walls are covered with brightly colored murals and almost every product is designed and produced by owner Janie Isidoro and her family. My Corazon-Libros Y Cultura serves as a creative outlet for Janie, her husband and her three kids, but also serves as a bookstore and a place for people to either discover or reminisce about this distinct culture. 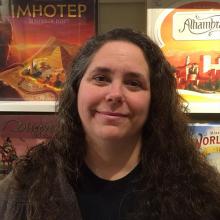 Labyrinth Games and Puzzles is a family-friendly, community-focused store featuring a wide selection of non-electronic, specialty games, puzzles, and mazes in the Capitol Hill neighborhood in Washington, D.C. While the store is loved by children and legislative staffers alike, Kathleen Donahue faced an impossible situation just like everyone else when the COVID-19 crisis began, and she was forced to quickly pivot her business to keep it alive. 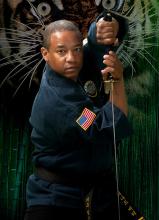 Master Renard Beaty is not only a 5th-degree black belt, but he is also the owner of Kick Start Martial Arts, winner of the 2017 Wells Fargo’s Neighborhood Renovation Program grand prize and recipient of the 2019 Best of Atlanta Award in the Martial Arts School category. Despite his awards and popularity in his community, his small business is struggling just like everyone else’s. 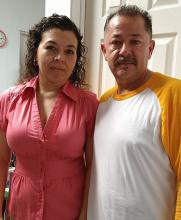 When it comes to small businesses, the key to survival is to pivot, pivot, pivot. And that's exactly what Alfredo Zendejas did with his personalized party accessory business Accesorios Zendejas mid-March, after the coronavirus pandemic created a “new normal.” 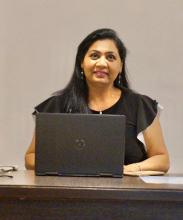 A native Indian living in Johns Creek, Georgia, Preeti Tanwar has mastered the art of resilience through her IT firm HiEd Success. Passionate about her work and helping others, Preeti launched her business in 2017 with the sole purpose of providing cost-effective, customized solutions and services to higher education institutions and educational technology companies with a focus in process automation and analytics.

Like his father and brothers before him, John Hopson enlisted to serve in the military at a young age. But unfortunately, when he returned home from the Gulf War in 1991 he was left with severe post traumatic stress disorder.

Ten years ago, John hit rock bottom and realized it was time to make a real change in his life. He wanted to find a way to uplift people who were suffering like he was by creating jobs for veterans, retired first responders, ex-felons, seniors and people of color.

After facing a trio of setbacks, party supplier says her fate is hanging by a thread 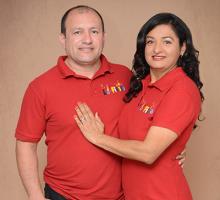 With a degree in Business Administration and a desire to achieve the American dream, Aracely Garcia moved from Guatemala to the United States in 1995. She says her life hasn't been the same since she became co-owner of La Fiesta Party Supplies & Gifts, an import and export distributor of party supplies located in Los Angeles.

Immigrant entrepreneur weathers many storms to continue her design dreams

Daisy Bedoya was already struggling to make ends meet when the coronavirus pandemic forced her to close her business for a few months, leaving her with mounting debt. Graphx Designs and Concepts is a graphic design company that creates posters, LED light displays, window lettering and more in Largo, Florida. 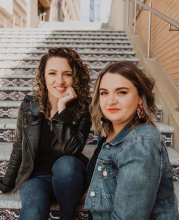 Kansas City-based wedding florists Lily Williams and Betsy Ford are on a mission to express love through flowers. But over the past few months, the coronavirus pandemic has forced them to adapt their business and serve their community by filling orders for funerals instead of wedding celebrations.