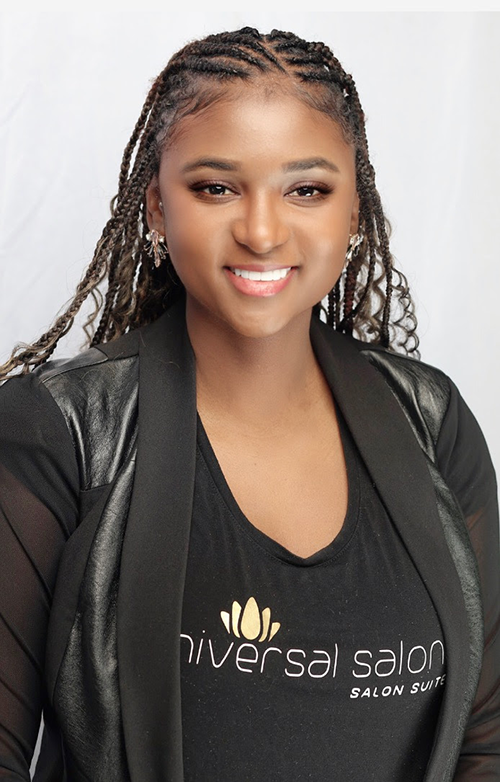 As a business owner, not asking the right questions in the beginning stages of your business can lead to years of financial repercussions. Georgia entrepreneur Markela Taylor knows this well.

Markela was happy at her nine-to-five job until a family emergency pulled her away from the office. After believing her job would be safe while she traveled to be with her family, she was surprised when she got an email saying her job was in jeopardy.

Markela then realized she would never have the flexibility and freedom she wanted as an employee, so she turned to entrepreneurship. She started with what she knew–the insurance industry–but later moved on to pursue her dreams in real estate. Fast forward and Markela signed a six year lease for a 10,000+ square-foot building that guaranteed a new and complete build-out of the property for her business, Universal Salon Suite, which she turned into private and co-working spaces for beauty professionals to sublet.

Markela hoped this business model would allow her to maintain passive income while having the freedom to spend her time as she needed. However, she soon found herself in a rocky situation with her landlord. Although she was originally told she was the “best candidate” for the lease applications, Markela now believes that she was more likely the easiest prey.

She explains, “I was probably the weakest link and more susceptible to additional costs and expenses on my end, which is more equity for them.”

Between being rushed into signing a contract and being forced by building management to work with a contractor who lacked beauty industry construction knowledge, Markela has been taken advantage of since the start in a way she doesn’t believe a man or a white woman would have been. Not only was the contractor’s work poor quality, but the buildout only allowed for a 42% operational capacity when it should have been operating at 70% capacity, decreasing Markela’s profit margins.

Markela says, “My dream business has become my worst nightmare, which is why I now live by the motto, ‘ignorance to the law excuses not.’”

She means that before she goes into business again, she will make sure she does her due diligence in researching and consulting experts she can turn to for advice. Being a first-time entrepreneur is challenging because there are so many different resources and educational barriers to navigate. Markela advises business owners to seek out the help of experts, but to also do research on your own and make sure you are listening to the right people.

Despite these setbacks, Markela is a true innovator and economic development champion, and she was named the Co-Chair for the Young Entrepreneurs Collaborative, an affinity group through The Atlanta Black Chambers. She is working to educate her fellow business owners on how to avoid predatory practices. She recently joined a webinar during Black History Month with Small Business Majority’s Central California Outreach Manager Joi Eubanks as a guest to talk about resources that are available to Black business owners.

Still, Markela holds out hope for the future of her small business. She says, “We are still resilient. We are keeping our eye on the prize. We’re going bigger, better and smarter. We’re gonna do it right this time. We are not starting from scratch, but from experience.”