Efficiency expert gives her assessment of the AHCA 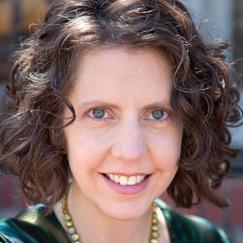 Leslie Baer is the owner of Energy Intersections LLC, an energy efficiency-consulting firm in Denver. For years, Leslie has been assessing and analyzing the effectiveness of renewable energy sources, and she can spot an inefficient plan from a mile away. That’s why she was so concerned when the U.S. House of Representatives passed the American Health Care Act (AHCA), the Republican plan to repeal and replace the Affordable Care Act (ACA), earlier this month.

“While the ACA is not perfect, it has helped many people gain access to healthcare, and has provided protections for many people with pre-existing conditions like me,” Leslie says. “The AHCA takes those protections and turns them into a marketplace game, where the highest payers win while everyone else suffers.”

Leslie and her daughter both qualify as having a pre-existing condition, as they suffer from narcolepsy. Because of her condition, Leslie has thrived owning her own business, where she can set her own hours and be her own boss.

Until recently, her husband was planning to leave his job to join Leslie in running her business, but he has been unable to due to all of the uncertainty surrounding the future of the ACA. While Leslie and her daughter are both covered under her husband’s employer-sponsored plan, their medications still cost a whopping $2,600 per month. That’s why they need their coverage under her husband’s plan—if the ACA is repealed, health insurance would become completely unaffordable for them. Her husband’s inability to leave his job is just one example of how the threat to repeal the ACA is stifling entrepreneurship across the country.

Additionally, Leslie says that if the AHCA becomes law, any profits from her business would likely be redirected towards covering rising healthcare costs for her and her daughter. If Leslie is unable to invest in the day-to-day operations of her business, she’ll be unable to grow and may even be forced to close her business.

Leslie says, “I would like lawmakers to know that making small business owners fight for and worry about their healthcare does nothing but create strain and reduce the productivity of entrepreneurship in America. With reasonable access to healthcare, small business growth and productivity have one less barrier to succeeding.”

Leslie’s not alone in fearing efforts to repeal the healthcare law—in fact, our scientific opinion polling found nearly 6 in 10 small businesses owners support the ACA, and prefer it to the replacement plan 2:1.

Leslie believes the House’s vote to push forward with the AHCA shows that some lawmakers have no interest in supporting the millions of entrepreneurs and small business employees who have gained coverage under the healthcare law.

“It is clear that the House had this wrong and it is up to the Senate to make it right,” says Leslie.

Leslie joins countless business owners around the country who are actively campaigning for Congress to uphold the ACA, and you can help. Stand with other small businesses by signing our "Small Biz Say Keep Our Care” pledge.