Cycling through pivots during a pandemic 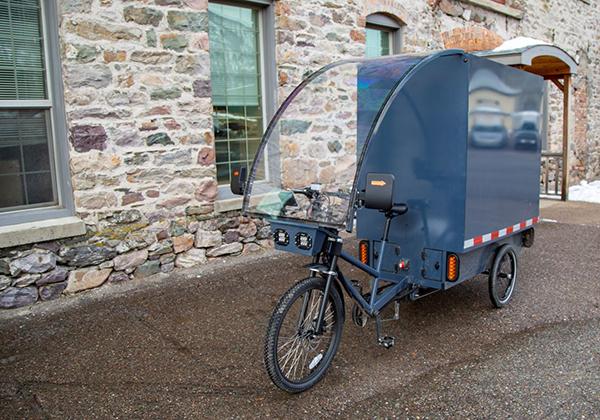 The gut reaction to quickly pivot their business was a survival method that saved many small business owners from closing their doors this year. Now, nine months after initial stay at home orders were set in place in response to the spread of COVID-19, many entrepreneurs across the country are looking for their second pivot of the year in order to survive.

Ben Morris, a Bay Area-based small business owner, is no stranger to adapting to the market. Coaster Cycles—now a manufacturing business—started off as a traditional pedicab company 15 years ago when Ben was in school in Boston. As his pedicab company gained in popularity, Ben saw an opportunity to do more. He added a media branch to his small business, so he could start advertising and began to expand into 14 different cities across the country, becoming the largest pedicab operator in the United States.

Pedicabs were growing in popularity, but their designs were flawed. Other fleet owners began suggesting that Ben look into manufacturing better bikes, so he started working on product design. Now, Ben and his team have been manufacturing bikes out of Montana for eight years, expanding the business well beyond his initial pedicab design.

In early 2020, Coaster Cycles had a contract with then China-based company Tik Tok to build a marketing bike for the South by Southwest festival in Austin, Texas. In February, Tik Tok pulled out of the agreement citing concerns over the coronavirus. Ben and his team were shocked.

He explains, “At that time, the virus was very under-publicized in the U.S. We started wondering what the ramifications would be if more clients started canceling. Most of what we build is people centric. When you get rid of big events and tourism, that puts our business at a standstill.”

When Montana went into lockdown, Ben and his partner and COO Justin Bruce didn’t know what to do. Then, one Friday night, Ben found an open-source design for face shields on LinkedIn. The design was simple and they immediately started reaching out to local hospital groups to see if there would be any interest in the product. They had only produced three prototypes by the time they got their first order of 500,000 face shields. 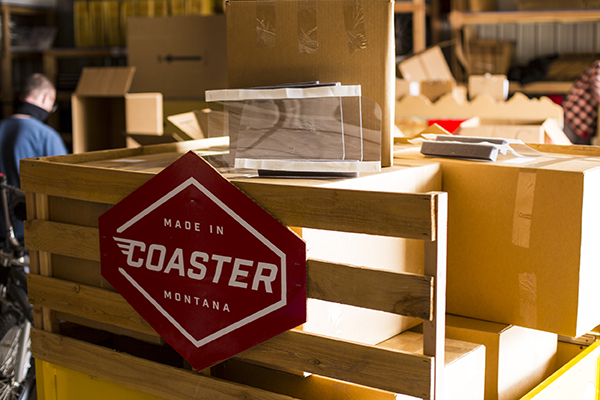 Ben immediately offered jobs back to the employees he had had to lay-off, but their small team wouldn’t be enough to fill the incoming orders, so they extended temp employment offers to local small business employees who were out of work. At the peak of production, Ben had 115 people on staff building 55,000 face shields a day.

After a couple of months, orders for face shields began to die down and Ben was able to get back to doing what he knows best—bikes. In comes the second pivot. With more people relying on delivery services, Ben saw an increased need for fast and efficient delivery vehicles. So, he got to work on designing bikes that could support a variety of types of delivery.

Coaster Cycles now has contracts and is in development discussion with every major logistic company in the country. Ben believes the need for increased delivery capacity will expand well past the end of the pandemic.

Ben says, “We’ve always joked that this business is a 15-year start-up because we have been adapting since the day we started. This is Coaster Cycles 3.0.”

While Ben doesn’t expect to be back to business as usual until well into Fall 2021, he is optimistic about the future and feels Coaster Cycles has made a significant pivot that will make for sustainable recovery and growth moving forward.