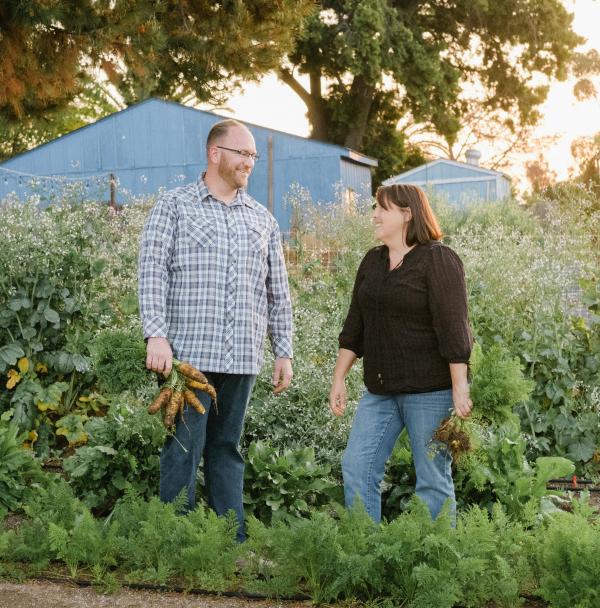 How did Stepheni Norton, a military veteran, go from active duty, to farmer, to successful entrepreneur over the course of just six years?

In February 2012, Stepheni and her husband Mike, who is also a military veteran, purchased the Wallace D. Dickinson homestead in National City, Calif. When they bought the property, Stepheni was preparing for a 10-month deployment, and after a seemingly harmless tick bite, she was unknowingly experiencing the early symptoms of Lyme disease. After being left untreated for two and a half years, Stepheni was finally diagnosed in 2014.

“In addition to daily treatments, my doctor suggested I eat as healthy as possible,” Stepheni said. “But fresh produce was hard to come by in National City, which was when we noticed a gap in the market.“

With no real farming experience, Stepheni and Mike planted a few fruit trees that eventually became a small garden. With an ideal location in sunny Southern California, their crops began to grow so rapidly that Mike & Stepheni started giving away their excess food to friends, family and even a crop share.
​
After taking steps to convert the farm into an official business in 2016, Mike and Stepheni realized they needed help. But farmhands were hard to find, and despite offering higher wages, Stepheni realized they needed to offer other benefits, like healthcare, to become a competitive employer.

“Mike and I both receive insurance through the government due to our veteran status, and I thought offering a small group plan would be too expensive,” said Stepheni. 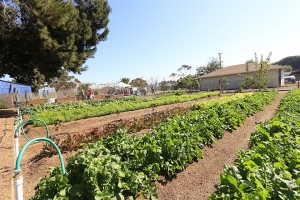 After attending a Small Business Majority healthcare workshop, she learned about Covered California for Small Business (CCSB), the state’s health insurance marketplace for small business group plans, and decided to enroll. As a result, Mike and Stepheni were able to offer healthcare to their new employee and will hopefully be able to extend that coverage to new hires later this year. Stepheni notes that offering this benefit is not only good for employees but helps their bottom line as well, as it will help them with employee attraction and retention. She also expects they will be eligible for a tax credit for providing this coverage—a win-win for the business and its employees.

Stepheni says, “When re-evaluating the hiring process, I wondered what more we could offer people. I realized that providing benefits like healthcare is crucial to maintaining a talented workforce.”

To learn more about CCSB or healthcare options for your small business, check out our Health Coverage Guide.