MENDing the Gap Between Fiction and Reality 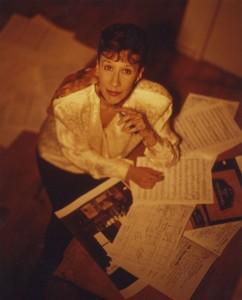 It’s not often that consumers gets to fully immerse themselves in, and become a part of, the product that’s sold to them. But MEND, an interactive story, is both an ambitious product and small business that seeks to combine fiction with reality.

The genesis of MEND is rooted in a fictional narrative written by Mardi-Ellen Hill, who conceived an entire business plan and company around the idea of an interactive story.  What she came up with is an operating system that allows people to interact with elements of the story and use the system to engage with those elements, such as a decoding a secret language that drives the story’s plot. MEND is a device that places readers of the story straight into the heart of the action.

The original book bible follows a female protagonist named Lily Barrington who’s family’s checkered past comes back to haunt her, placing her in grave danger. MEND is an invention within the story fought over by the characters and also the real-world product of Hill’s business.

The system allows readers and consumers to further participate in the narrative elements of Hill’s sweeping epic, almost like an interactive digital encyclopedia. Users can use MEND’s musical language system to decode the secret languages of the story and discover profound clues to the diabolical plot unfolding.

Hill realizes the concept is a lot to take in, noting that her biggest challenge is “articulating the difference between MEND, the work of fiction and MEND the real time operating system. MEND is both a work of fiction, and a work of reality.”

With the creation of MEND as a tangible and consumable product, Hill has bulldozed through the passive limits of storytelling, fostering a truly immersive audio-visual story that readers can actively participate in. And Hill doesn’t plan on slowing the expansion of MEND anytime soon.

“Taking off as a business is the exact stage MEND is entering now,” she said. “I always knew that after the initial conceptualization phase I would be looking to partner with a publishing company, a movie production company, a gaming company and private enterprise partners.”

Currently, the story of MEND is being produced as a script for Hollywood and has already been staged as a play production that sparked the concept for morphing MEND into other adaptions, such as books and games.

However, the most exciting part of Hill’s journey has been the evolution and innovation in technology that has enabled MEND to become a truly interactive journey for consumers.

“This activity was a lot of fun, especially considering a lot of this technology did not exist when I first wrote the story. Suddenly much more of this story was understandable to a much wider audience.”

With technology continuing to catch up with Hill’s effervescent imagination, the sky’s the limit for where she’ll be able to take us with MEND next.