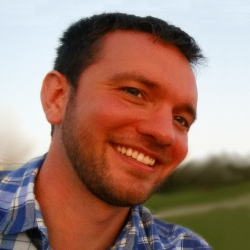 Alex Code, founder and co-owner of Line 45, a mapping and software solutions company in Gaylord, Michigan, says that becoming an entrepreneur has been his dream since he was fourteen years old. But when he was diagnosed with ulcerative colitis, an autoimmune disorder, as a college student, Alex was sure his dream would never become a reality.

Alex’s doctor advised him to find a job with excellent health benefits, as that would provide him with the best coverage for his condition. But after working for the Michigan state government for a few years, the passage of the Affordable Care Act (ACA) gave Alex the freedom to finally pursue his goal of entrepreneurship without having to worry about finding insurance.

Alex enrolled in the individual health marketplace, and was able to leave his job to run his business full-time. Alex knows that he never would have been able to start, let alone maintain, his business without the ACA, since his medication costs thousands of dollars per month. But like many other small business owners with pre-existing conditions, Alex is worried that health coverage could become unattainable if the U.S. Senate passes its ACA replacement plan.

Alex says that Congress’ proposed healthcare overhaul has caused uncertainty not only in the insurance market, but for small business owners like him. As a result, Alex says he has had to be more conservative in his business approach, which is an example of how repeal efforts are stifling entrepreneurial activity.

"Part of being an entrepreneur is taking risks. Smart risks,” he says. “But the uncertainty has made the risks so high that a wrong move could harm business to a great degree.”

Alex is also troubled by the fact that the Senate healthcare bill was drafted behind and that lawmakers are giving the public very little time to respond with concerns about the legislation. He says there should be an open dialogue about proposed changes to healthcare so that all ideas can be considered.

That’s why instead of working toward repeal and replacement, lawmakers need to come together to strengthen the ACA and help stabilize the existing marketplace.

Alex says that if he could talk to a member of Congress, he would say, “It’s time to set aside party and ego, and put the nation and your constituency first.”

Alex joins countless business owners around the country who are actively campaigning for Congress to uphold the ACA, and you can help. Stand with other small businesses by signing our "Small Biz Say Keep Our Care” pledge.