Event consultant planning for worst-case scenario if ACA is repealed 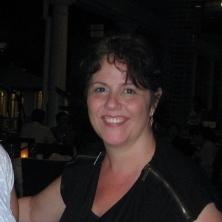 Sue McDonald is the owner of MP Global Corporation, a full service meeting management company in Niles, Illinois that helps clients execute an event from start to finish. MP Global opened its doors in 2001 and Sue’s husband followed her lead soon after, starting his own business in 2006. However, since the U.S. House of Representatives’ recent passage of the American Health Care Act, the Republican plan to repeal and replace the Affordable Care Act, this entrepreneurial power couple is considering the heart-wrenching decision of whether one of them will have to forfeit their business to find a job offering health benefits.

Before the passage of the ACA, Sue found the process of enrolling in a private health plan confusing and expensive. She quickly learned that any number of things could qualify her as having a pre-existing condition, which would result in her premiums increasing dramatically or her insurer dropping her altogether. But this all changed thanks to the ACA when Sue, her husband and her two employees were able to successfully enroll through the state marketplace, Get Covered Illinois. Sue says finding consistent and affordable coverage was a huge safety net, and it removed the worry that her coverage would be stripped away if she ever encountered any medical issues. Unfortunately, this fear was realized in 2016 when Sue was diagnosed with breast cancer.

As a result, Sue now qualifies as having one of the pre-existing conditions described to her by her private insurer years ago. But despite her diagnosis, she was planning to open up a second business to fulfill her self-described “entrepreneurial spirit.” However, with the threat of ACA repeal becoming increasingly realistic as the Senate works on their own version of the AHCA, she has not only put these plans on hold but is contemplating shutting down the business she built from the ground up.

"If the AHCA passes, either my husband or I would have to look for a position offering health benefits. We are currently discussing which business we would have to let go of, his or mine."

Finding employer-sponsored coverage may be Sue’s only option if the AHCA becomes law. While details of the Senate plan are still unknown, the House’s replacement plan would allow states to opt out of many of the ACA’s protections and set up costly high-risk pools for those with pre-existing conditions. This will make coverage unattainable and unaffordable for many, which will not only discourage would-be entrepreneurs from breaking out on their own, but will threaten the closure of many existing small businesses like Sue’s.

Sue hopes the Senate will have the courage to do what the House of Representatives didn't, and listen to their constituency. “While the ACA has its problems, they are problems that can be fixed. At least under the ACA, access to healthcare is a right, rather than a privilege for a few.”

Sue joins countless business owners around the country who are actively campaigning for Congress to uphold the ACA, and you can help. Stand with other small businesses by signing our "Small Biz Say Keep Our Care” pledge.