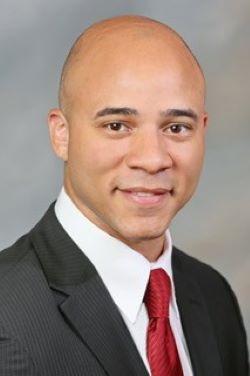 During almost a decade of service with the U.S. Military, Virginia-based lawyer Matt Banks witnessed several cases in which disabled veterans were denied disability compensation for injuries or conditions sustained during their military service because they did not have the medical evidence to show that their injuries or conditions were “service-connected.” This experience coupled with his desire to be an entrepreneur inspired Matt to start a small business devoted to helping his fellow veterans.

“It’s not easy to take the leap, and it’s a lot of risk, but there can be a lot of reward,” Matt said.

Matt, who served in the U.S. Marine Corps, was stationed in Afghanistan for six months in 2013. Following his active duty, he continued on in the military as a lawyer dealing with military employment law, Department of Defense disability and combat-related special compensation, among other things. While working for the government, he encountered a number of instances in which service-members were not receiving the medical care and/or the compensation they deserved. He started to think that maybe he should start working for the other side.

That’s why Matt developed an online business called Virtual Medical Group, LLC. Among other things, his company connects veterans with medical professionals who can examine their case and provide them with a Nexus Letter, which is essentially a second opinion that establishes a causal relationship between their injury or condition and their service. Veterans can use this document to appeal a denied disability claim.

“Where I’m missing business expertise organically, I’ve been able to reach out to my brother,” Matt said. “There is no better teacher or mentor than someone who has been doing it for 15 years.”

After nearly a year of planning and consulting the experts in his life, Matt was finally ready. In July 2019, he quit his job and is now working on his business full time.

“My belief is that you have to take risks, but take a strategic approach. Don’t blindly take risks, build a foundation and a safety net, and then take the leap.”

Matt’s business is all about flexibility and accessibility. His online platform allows the medical professionals he has hired to make their own schedules and allows veterans a way to access trusted medical advice from the comfort of their own home.

“In the next few years, I hope my business can have a steady flow of veterans who are getting the disability compensation they deserve and are taking advantage of the resources they are entitled to,” Matt explained.