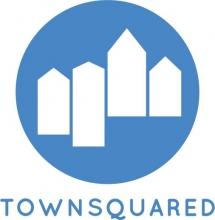 America is facing a crisis so serious that it has the potential to cripple an entire generation of would-be entrepreneurs. Thanks to student loans, a whopping $1.3 trillion in debt is burdening 44 million American adults of all ages—even senior citizens. In fact, U.S. student loan debt is greater than the combined credit card debt of all Americans, and is larger than the combined economies of more than half of the countries in the world. On average, America’s recent graduates are leaving college with a debt of $30,100, which is roughly the price of a new car. That kind of debt makes it very difficult for anyone to start a new business.

According to Small Business Majority’s recent scientific opinion poll on the impact of student loan debt on small businesses, almost half (48%) of millennials paying off student debt who currently own or have plans to start a business said their student loan payments have impacted their ability to begin a new venture. That means of the more than 15 million borrowers in the millennial age group, nearly 8 million are having their current or planned business endeavors disrupted.

The report also found that of millennials still paying off their student loans, 43 percent who currently own a business or have plans to start one said that debt is hindering their ability to invest in an organization or hire new employees.

Millennials are considered to be an entrepreneurial generation, meaning they may feel especially hard hit by student loan debt. Of the millennials who own a business or organization today, a whopping 76 percent started it themselves.

John Lettieri of the Economic Innovation Group painted an even bleaker picture of the chilling effect of student loan debt on millennial entrepreneurship when he testified recently before the U.S. Senate. “Between 2004 and 2014,” he noted, “there was an 89 percent increase in the number of student borrowers, as well as a 77 percent increase in the average balance size held by student borrowers.”

He closed his testimony with this warning: “The decline in entrepreneurship represents a national crisis requiring immediate, concentrated, and coordinated attention. The longer we wait, the higher the likelihood we burden the next generation with an economy fundamentally transformed for the worse.”

Student loan debt doesn’t just hurt college graduates; it hurts all Americans. The fact is, our national growth rate has stagnated at less than three percent for the last ten years. This is the lowest growth rate over a decade that America has seen since the Great Depression. Student loan debt surely has contributed to this stagnation.

Imagine what the American economy would look like if another eight million of our entrepreneurial-minded millennials had the resources to start a business.