ACA repeal not on the menu at local Philly diner 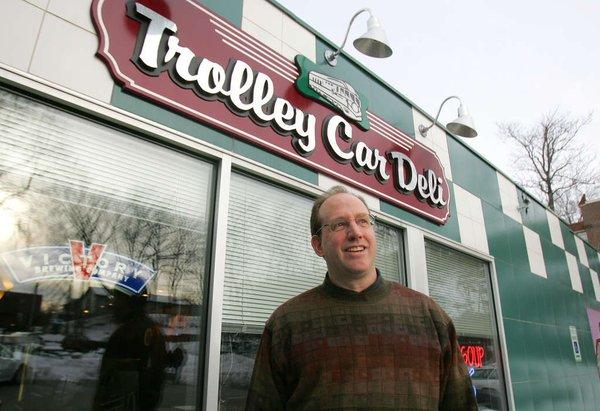 Walking into Trolley Car Diner in Philadelphia is like traveling back in time to a period when poodle skirts were all the rage and Elvis was king. Despite the diner’s 1950s décor, its owner, Ken Weinstein, is dealing with a very present-day issue: access to healthcare for his employees.

Ken is just one of many small business owners whose employees have benefitted from the passage of the Affordable Care Act (ACA). Access to affordable healthcare is especially important for businesses like Ken’s that rely on a healthy workforce for maximum profitability. Thanks to the ACA, Ken’s employees all have access to the care they need in order to stay healthy, which translates to fewer employees missing work for an illness and more money earned for both the staff and the business.

Prior to the implementation of the ACA, many of Ken’s younger employees went uninsured, but since they were mostly healthy, lack of insurance usually wasn’t a major problem for them. However, some of his other employees were not so lucky, especially those with pre-existing conditions. These employees were often forced to miss work due to illness, and their lack of insurance prevented them from receiving the proper care and treatment.

This all changed with the passage of the ACA. Many of his younger workers have been able to keep coverage through their parents’ insurance, thanks to the law’s 26 and under clause. And his other employees, even those with pre-existing conditions, were able to enroll in the individual marketplace and could receive the care they needed at a reasonable price.

Ken worries about the repercussions of repealing the ACA, not only because he cares about his employees, but because it could potentially hurt his business. If the ACA is repealed, some of his employees, especially those with pre-existing conditions, may lose their health coverage and the preventive care they need to keep them healthy and help prevent them from missing work. While Ken currently offers insurance for Trolley Car Diner’s fulltime managers, like many of those in the restaurant industry, he is simply unable to afford coverage for his approximately 80 hourly workers.

“Any small business owners who think ACA repeal will benefit them are in for a rude awakening. Repealing the ACA will hurt our workforce and cripple job growth,” he says.

In Ken’s view, repeal without replacement is not a viable option, and he asks Congress to reconsider their approach.

“I have not seen or heard of any better alternative to the ACA. Congress should try to improve the existing law, instead of starting from scratch and leaving millions of people uninsured.”

We want to hear how the Affordable Care Act has impacted small businesses and entrepreneurs so we can make the small business voice heard on this issue and others. Share your story with us in our Healthcare Story Bank.