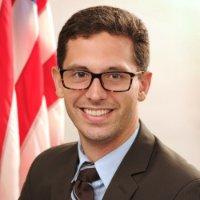 While LGBT individuals won the right to marry last June, battles are still being fought in state legislatures around the country about a different right for LGBT people — particularly, their right to work and patronize businesses without facing legalized discrimination. Many states are considering or have passed broad religious exemption measures, also known as Religious Freedom Restoration Acts (RFRA), which allow businesses, like bakeries, florists or wedding photographers, to deny service to individuals based on the owner’s religious beliefs. While these bills have ignited a firestorm of media attention, what many don’t realize is that RFRA laws aren’t just about ideology — they have serious economic consequences. If states continue to embrace legal discrimination by passing RFRA legislation, their small businesses will struggle to compete and thrive.

States that passed religious exemption measures have seen disastrous economic results. For instance, major companies ceased expansion and entertainers canceled major events in Indiana after the state passed a RFRA law. This move cost Indiana at least $60 million in revenue. For small business owners, this impact led to a weaker local economy and fewer customers at their businesses. Georgia is considering a similar law, which business groups estimate will cost the state up to $2 billion.

The reality is that most small business owners are more focused on attracting business than turning away paying customers based on ideology, and they want policies in place to reflect that. In fact, Small Business Majority’s scientific opinion polling, conducted with the American Unity Fund and the Center for American Progress, found two-thirds of small businesses say business owners shouldn’t be able to deny goods or services to LGBT individuals based on the owner’s religious beliefs. Another 55 percent of small business owners say they do not believe a business owner should be allowed to deny wedding-related services to a same-sex couple based on the owner’s religious beliefs. Additionally, an overwhelming 8 in 10 entrepreneurs support a federal law to protect LGBT individuals against discrimination in public accommodations, such as restaurants, hotels and other businesses that are open to the public.

Small business owners are also aware that discriminatory policies make it harder for them to attract talented employees. It’s already difficult for small employers to compete for top-notch talent; they don’t need to be burdened with the task of recruiting employees to a state known for its discriminatory laws.

It’s clear that small business owners — our nation’s primary job creators — understand that discriminatory policies are bad for the economy. Yet, lawmakers in states around the country continue to put ideology before what’s best for small business. For instance, the Colorado legislature is currently considering a religious exemption bill that would legalize discrimination against LGBT individuals. Missouri is also weighing a proposal allowing businesses, like florists and bakeries, to refuse to provide services for same-sex weddings or receptions based on the business owner’s religious beliefs. And while the Charlotte City Council in North Carolina recently passed a bill protecting LGBT people from discrimination in public accommodations, North Carolina Governor McCrory and the state legislature are threatening to create legislation overriding the bill.

When states open the door to discrimination, they risk closing the doors of small businesses. If leaders want to make their states economically competitive, they need to put pragmatism ahead of ideology and stand up against discrimination.

Rhett Buttle is Small Business Majority’s President and Managing Director. Previously, Rhett served as Director of Private Sector Engagement and LGBT Liaison in the Office of the Secretary at the U.S. Department of Health and Human Services. He also served as a member of the White House Business Council.