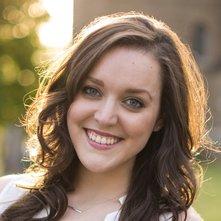 Autumn Theodore was working at a stable, corporate job with benefits when she got the entrepreneurial itch. She finally decided to take the plunge, and opened up her photography business, Autumn Theodore Photography, in Columbus, Ohio. And while Autumn was completely confident in her decision to follow her passion of nearly 13 years, she was unsure how she would be able to afford health insurance.

When planning to strike out on her own, she asked several business owners about their healthcare options, and found that many of them received their coverage through Medicaid. Because Autumn had no idea what her income would be in the first year of her business, Medicaid gave her a sense of stability. She credits the coverage she received through Ohio’s expansion of its Medicaid program, which was made available under the Affordable Care Act, as the defining factor that allowed her follow her entrepreneurial dreams.

Autumn says that being able to structure her business around affordable healthcare is what has helped her thrive.  And that’s why she’s concerned about the Senate’s plan to vote to repeal and replace the ACA with the proposed American Health Care Act as early as next week. She knows her business will be in jeopardy if the Senate votes to roll back funding for Medicaid expansion as reported, as her coverage might become unaffordable.

Autumn points out that if she had stayed at her corporate job, her photography talents would have been wasted and she never would have reached her full potential as an artist. “I would have just been working for benefits,” she says. And if the ACA is repealed and replaced with the American Health Care Act, many aspiring entrepreneurs won’t have the freedom to pursue their passions like she did.

"It sickens me to think about all the people who aren’t able to contribute their skills to their communities. They aren’t allowed the option to assert themselves professionally because of something as simple as finding access to affordable healthcare," she says.

If Autumn could talk to her members of Congress, she says she would tell them that entrepreneurship leads to a more vibrant and prosperous economy.  She says, "I live in Columbus – a community where there is so much growth happening. Because of this, there are more conversations talking about community needs – specifically women’s entrepreneurship—and there’s a lot of local support for small businesses."

Like many entrepreneurs across the country, Autumn says she doesn’t want a healthcare overhaul; she wants legislation that will support small businesses. That’s why she hopes the Senate will do the right thing, and drop any further attempts to repeal the ACA and rollback Medicaid expansion.

Autumn joins countless business owners around the country who are actively campaigning for Congress to uphold the ACA, and you can help. Stand with other small businesses by signing our "Small Biz Say Keep Our Care” pledge.